THe new album from the bassmonsters 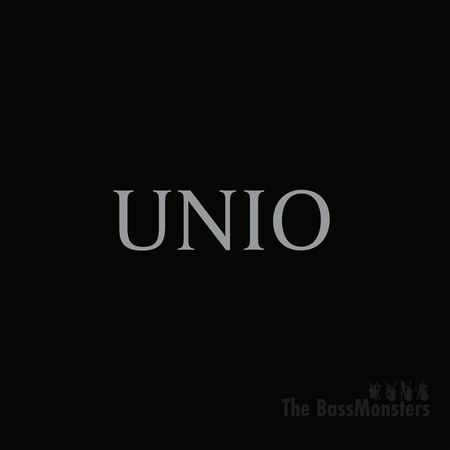 The result of an ingenious, cross-border and genre-spanning musical novelty sounds incredibly good. Claus Freudenstein invited eleven top contrabassists to collaborate on an unprecedented musical project. The result is a CD: UNIO, which features the double bass in a new “rock garb” with unfamiliar soundtracks. From the original chamber music definition of double bass, The BassMonsters playfully substitutes the character of 20th century rock music. The essence of good taste is distilled and framed monstrously well, with pulsating rhythms, bold pioneering spirit and passionate virtuosity, showcasing both musical past and future.

UNIO stands for “union”, as the word comes from the Esperanto language. The virtuosity of international musicians, nations, as well as the tension between chamber music and rock music has been combined in quartets. An amazingly exciting auditory sensation that appeals to both young and old, in this ensemble the double bass goes “Rock ‘n Roll,” from Germany around the world! Nine tracks, each interpreted by four double-bass virtuosos in different recording studios, wander world-wide, make listeners want more, enticing them with un-heard listening pleasure.

UNIO has its origins in the Achtung Music Studios in Munich, in April 2015 with Uwe Bossert as sound engineer. You can hear a total of nine titles that were produced in varying locations by four double bass virtuosos, at different locations. The five songs “Bassmonsters”, “Born to be Wild”, “With our with out you”, “Parallel Universe” and “Child in Time” were partly produced like a rock band. Classical string sounds were mixed with the effects of sophisticated studio technology. Technically, recording technically and musically, UNIO represents a milestone in contrabass history. The guitar solos in “Child in Time” as well as the solos and imitations of the vocal lines in “La Belle Dame sans Regrets” were previously considered unplayable on the double bass. “Highway Star”, “Don’t stop me now” and “Psycho” were recorded in January 2018 at the CW Music Studio like a classical string quartet. Not to beat and stop is the fact that “Don’t stop me now” in four different studios on three different continents has emerged.

UNIO shows that horizons are infinite, borders surmountable, that the language of music is the key to mutual understanding and that prejudices are creative fetters: The beautiful result is a declaration of love to music and describes an adventurous journey through genres, continents and different recording studios.
All in all – UNIO: Unheard of!

“This group is filled with virtuoso players  with the potential of being rock stars heroes of our instrument–and can reach the public of all ages in their unique authentic arrangements” (Barry Green, U.S. orchestral and solo double bass player, author of “The inner game of music”)

“This group is filled with virtuoso players (including Szymon Marciniak ) with the potential of being rock  stars heroes of our instrument–and can reach the public of all ages in their unique authentic arrangements” (Barry Green, U.S. orchestral and solo double bassplayer, author of “The inner game of music”)